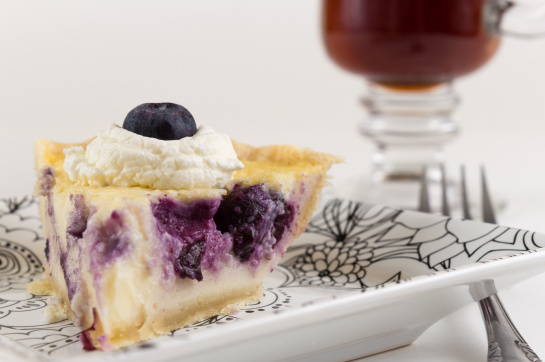 Blueberry Pie. This has nothing to do with this post – but if you would like the recipe here it is!

As I was thinking about what to post today I couldn’t help but think about communication. It just so happens that communication has been something that I’ve been dealing with on a very basic level the last few days.

However, when it comes down to trying to think of what exactly to write about communication… there really isn’t that much to write. So, I’ll try to communicate that clearly and then get on with life.

First of all… communicate. There are times when two people need to work together on something. When those kinds of things show up, it is good if both parties know what is going on. A simple email. A phone call. A hipchat message. Whatever it takes, if what you are doing/thinking makes a difference in what the other party is doing… don’t leave the other person assuming that they know what you are doing/thinking. Communicate.

Secondly of all… check your email. There is nothing more frustrating than needing someones opinion, feedback or input and not being able to get it. Checking email once a day is simply not an option if you are working on a team who depends on your input. No, you don’t have to reply immediately all the time, but be sure to check in every 30-60 minutes, or whatever works best for you and your team.

Thirdly of all… reply to your emails. There are numerous emails that I’ve gotten in the past week that I simply didn’t want to reply to. It wasn’t that I didn’t know what to tell them, it was more that I didn’t want to tell them what I knew I needed to tell them. It’s something I still fight, but I think best practice is to reply to an email as soon as you know what you need to say. No sooner and no later. If you need some time to formulate a reply, take that time but don’t wait any longer than you have to.

Fourthly of all… remember that you are dealing with humans. It’s so easy to get frustrated while working with emails. Reaching the ever elusive “inbox 0” is something that rarely happens and when people continue to send me emails that make it a harder goal to hit, I can get frustrated. I’ve never had to apologize to anyone yet for an email that I’ve sent, but I’ve come pretty close to sending some that would have warranted an apology. It’s so easy to forget that we are dealing with real, live people. People who probably dislike replying to or writing emails as much as we do. Be kind, say what you need to say and then hit the send button.