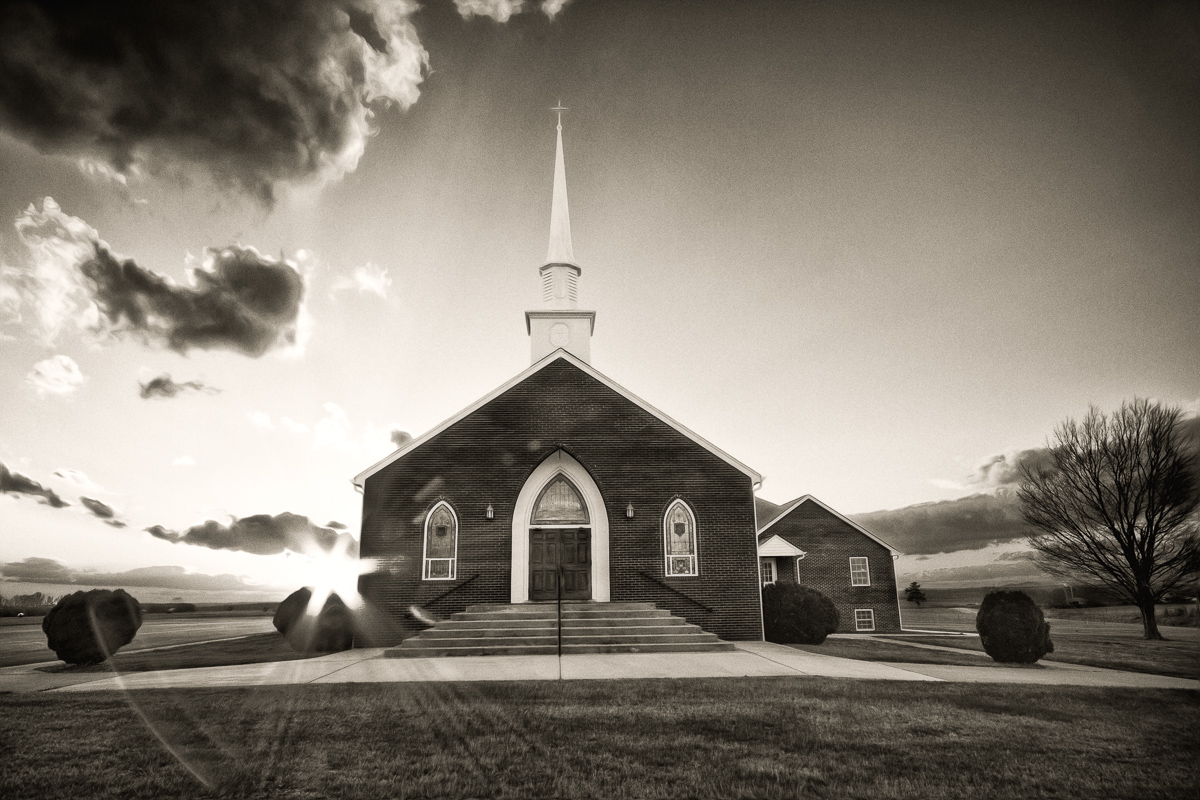 I love to drive my car… especially towards the evening, as the sun goes down. It is much better when I have a camera with me, loaded and ready to make some images.

That is how I came to make this image.

I was cruising through the countryside in a place I had never been before. The sunset that evening was rather epic and I was able to make two of my all time favorite images that evening.

This is a small church about 20 miles from where I live. I forget the name, what denomination it was, and a number of other various details, but when I think of the churches I’ve taken pictures of, this is the first that pops into my mind.

This image actually took a bit of magic to create… sort of.

First of all it is an HDR image. I believe I took 5 exposures and merged them together in using Photoshop’s “merge to HDR.” The resulting image was tone-mapped and then saved back into Lightroom.

There were several other things done to it, but I don’t remember the exact order I did them in… I used a plugin in Photoshop called Pixel Bender. I also took the image into Nik’s Color Efex. The rest was done in Lightroom, a black and white conversion and a split-tone to finish it off.

So it is Christmas

Oh… what  a Christmas to have the blues… So go the words to a very popular and over played Christmas song.

I’m thankful that I’m not going to have a blue Christmas this year. For me personally it has been a good year, somewhat tough at times but I’ve definitely finished 2012 in a better place than I started it and for that I am thankful.

I am celebrating Christ this Christmas and the work that He has done in my life. I also celebrate the future and I know that He isn’t through with me yet.

Bethlehem was just the beginning, just a scratch on the surface of what God wanted (and wants) to do on earth in the lives of man. My life and yours can be a reflection of the eternal light of salvation.

May you have a wonderful, blessed, merry Christmas as well!