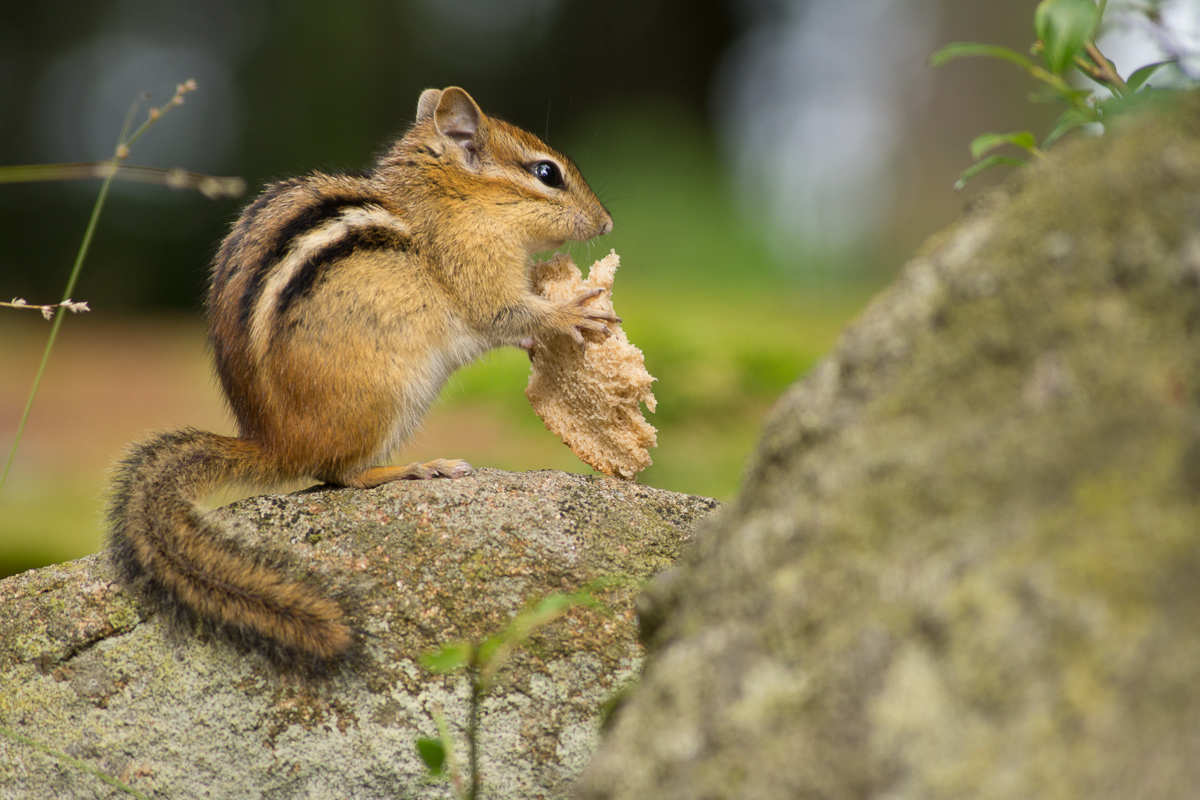 Good evening to each of you fine people wherever you are.

1. I barely have time to make a few trips into the surrounding countryside to take pictures of things that don’t move. Animals are much more difficult in that you have to plan to take plenty of time, otherwise it just won’t happen.

2. My longest lens at the moment is a 40mm… I’d have to be quite close to something for it to show up well in the photograph.

This little guy was quite friendly, especially once he figured out that there was “free” bread to be had at our picnic table.

Chipmunks are beautiful creatures… Just one of God’s many little reminders of who He is.

I don’t remember all of the exact specs of these but I’ll go over a few “overview-ideas” about how one would about getting a shot like this of an elusive creature.

The first thing to do is make sure your camera is set on burst mode (when you push the shutter button the camera fires off a bunch of shots back to back.). Be sure to take plenty of pictures. Shoot bursts of three or four pictures at a time.

You’re going to also want some kind of telephoto lens. In this case it was a fairly cheap zoom lens that went out to 200mm or so. Almost all of the shots I took of this little guy were zoomed all the way out.

Don’t forget that you are going to want to shoot at a decently fast shutter speed. Probably 1/150th of a second at the slowest. If the creature is moving at all you’re going to want to go with something faster. Don’t hesitate to bump your iso to 400 or 800 if your camera can handle those iso’s well, the faster shutter speed is worth a bit of noise.

Finally you’re going to need a good dose of patience. The more time you spend working a subject the better your images will get, at least that is generally true!

As far as editing goes these were edited fairly simply. Most of the changes that I made were in the “basic” panel of the develop module in Lightroom. Beyond that there may have been a small vignette added, but that was about it!

Thanks for stopping by,
Eldon