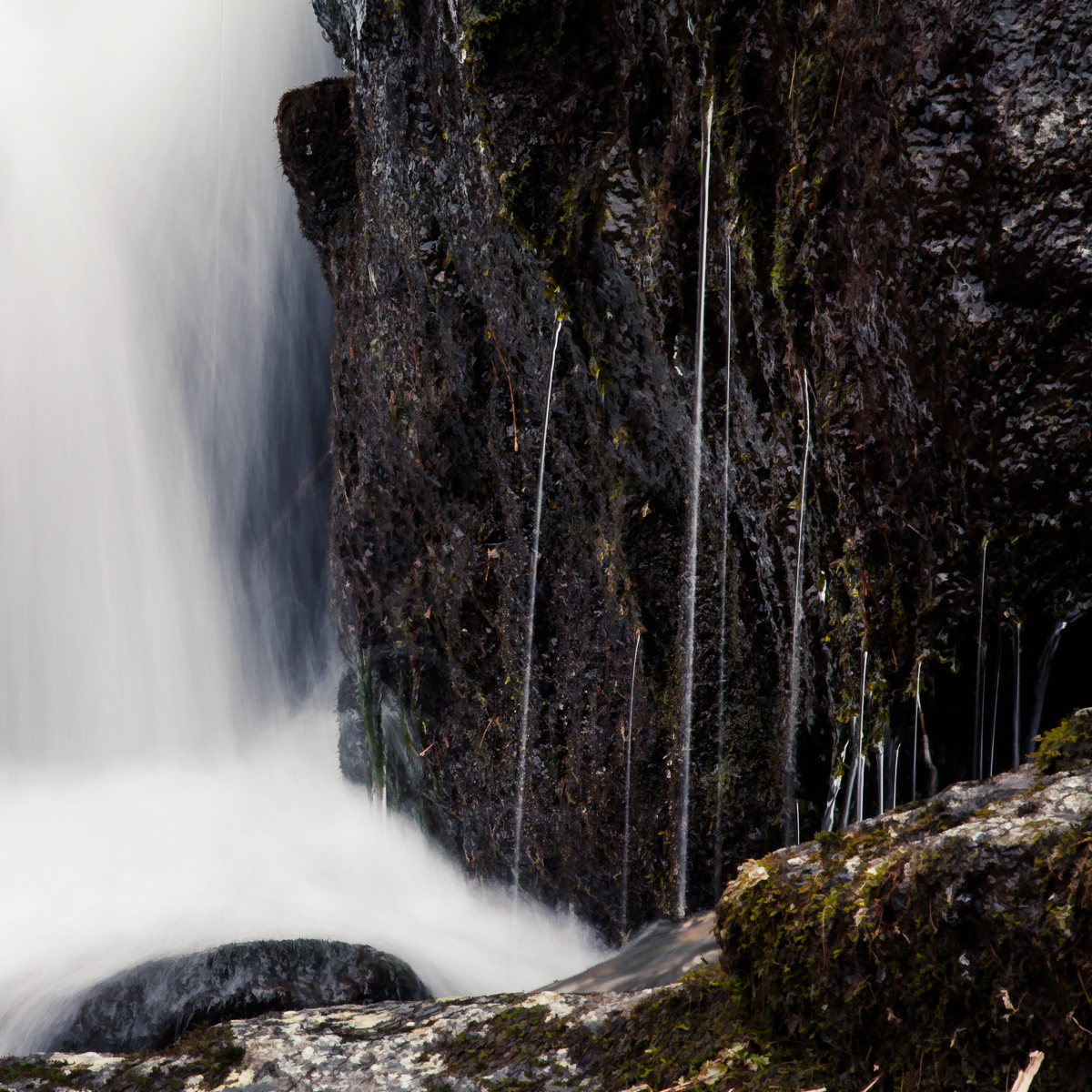 Good evening to each of you fine people, wherever you are.

I mentioned the other week that I made a trip to CrabTree Falls. I won’t say too much about the trip itself, but suffice to say it was a cold day and there was a lot of water on the ground. (Think water and ice.) The “trail” ended up being a lot of steps. The hike was 1.7 miles and felt like it was about straight up.

I realized quite quickly how badly out of shape I am.

So I lugged my camera and tripod all the way up the trail and made a few images along the way. If I had it all to do over I might have left my camera at the bottom, or just went to some other creek/falls to make images of moving water. It is almost impossible to get a good wide angle image from the trail and you really don’t want to go to far off of this trail. Especially with wet cold ground… ice.

Anyway, most of the pictures that I made, that I like, were with my 20 year old 70-210 f-4 lens. It focuses excruciatingly slow (and quite loudly), but I was able to pick it up for less than two hundred… and its pretty sharp if stopped down a bit. So it does what I need it to.

In Terms of Processing – The Technical Stuff about the Photo

I was working on a tripod. Shooting bracketed exposures. I was stopped down a ways to get a long exposure (big f-stop number). I don’t have a remote for this camera yet, so I was specifically using the 10 second timer to shoot these sets of bracketed exposures.

Once I got back to the computer I imported the image into Lightroom and Got the overall look about where I wanted it.

I’ve found myself doing far less stuff in Lightroom these days, since I bought the full version of onOne Perfect Suite, I tend to jump into there to do the “stylization.” This image was no different. I went into Perfect Effects and added a few Effects. Once I had that layer I also created a black and white layer. These two layers were then blended together in Photoshop to get what you see here.

The last thing I did was add a bit of vignette in Lightroom and a bit of a Split Tone. The reason I waited till Lightroom to add the vignette was that I could reduce the effect that the vignette had on the highlights (the water on the left side of the image.) and that seemed to work pretty good.

So there you go! That’s what went into the making of “Weeping Rocks.”

Have a wonderful evening,