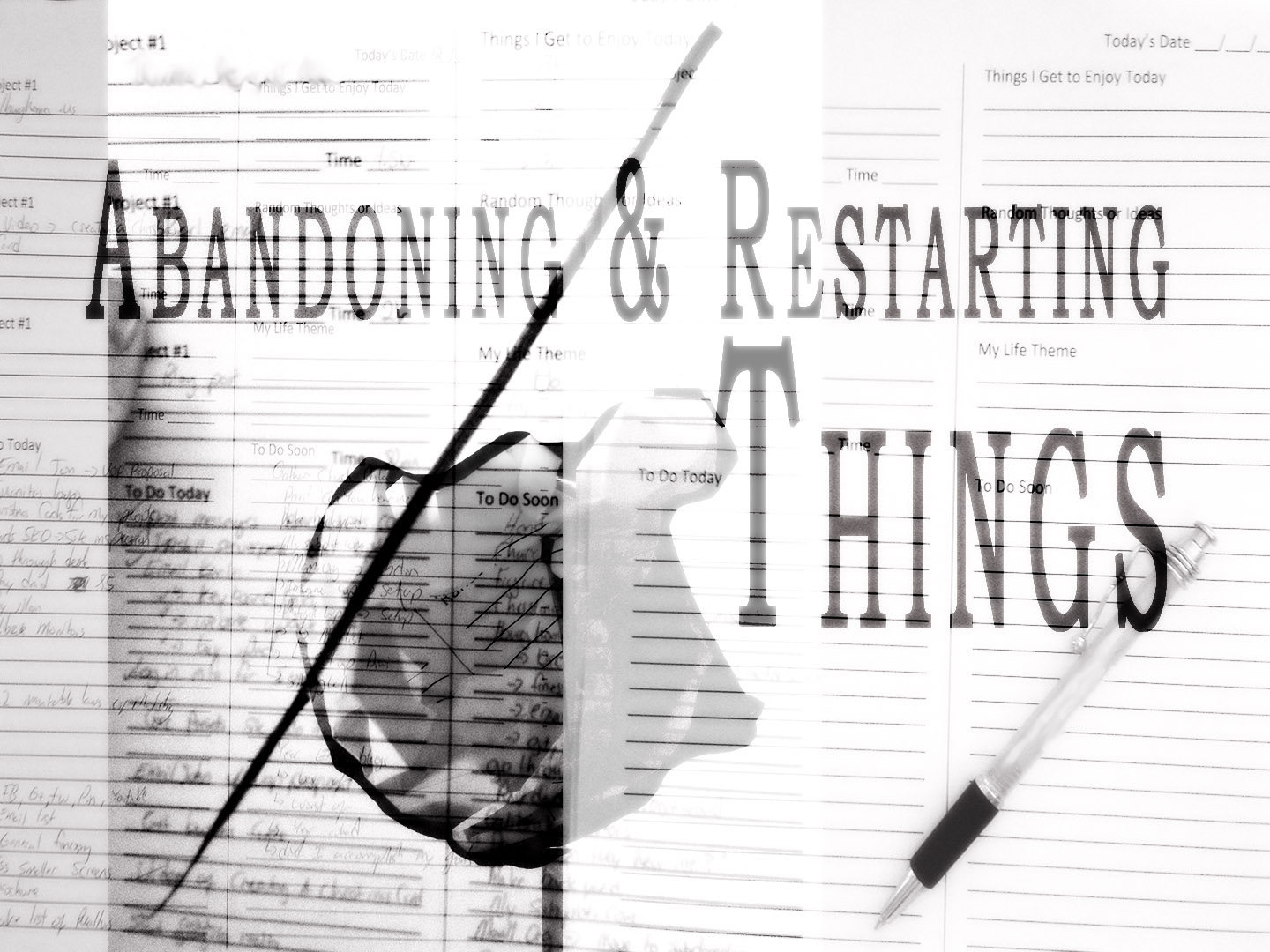 Welcome to the Week in Review

I was thinking about my business ventures this morning and writing some stuff down about my week. I find it helpful to process my week in this kind of way. Words on paper help me know what I think.

At some point these thoughts turned into this blog post. I don’t know yet, but I this may become a regular part of my “blogging schedule.”

We are a few day’s from Christmas and I feel like my mind is about to hit warp-drive.

If you know me you know that is ridiculous; because my mind has never hit warp-drive before. In fact I would be surprised if it ever did hit warp-drive.

It’s been a crazy week. A lot has happened and I thought I’d write a bit about what has been going on in my life, mostly on the business side of things.

I’ve been thinking quite a bit about something that I’ve heard from a particular author that I respect quite a bit. He says that any time you start or try something new you need to know exactly what the worst possible outcome of that endeavour is.

Say for instance you have really bad dandruff. And you can’t get rid of it, but then you hear of an alternative medicine that could potentially help. You may need to know that in rare instances this alternative medicine has been known to cause blindness. [Insert your own fictional side effect.]

Or maybe… you jump off a cliff with a wing suit, you probably should know that the possibility exists that might not figure out how to fly by the time you reach the ground. You also should know that the wind is strong and could blow you against the side of the cliff, dashing you into a bloody bit of existence.

In business… I think it is also vitally important that we know what the worst possible outcome is.

Me and My Worst Possible Outcome

I of course was thinking specifically of the three or four things that I am currently pretty involved in.

A few weeks ago I wrote about how I was working on three different websites. Then last week I told you that I was going to go live with one of them at some point this week. (I told you that site would be lburghomes.us, but if you hang on a bit I’ll tell you a bit about why I decided to finish building and go live with another site first.)

At some point in the last about three weeks I went from planning on building three websites to planning to build four websites. Not only that, I decided to go live with the one I added to the mix before the others.

Why would I do that you ask? Well there are several reasons and if you hang around a bit I’ll tell you about those reasons.

The site that I decided to build and launch first is CorePresets.com.

So why did CorePresets.com go from being an idea I had in my back pocket to something that I built and launched over the past few days?

Well here is the thing. I’ve ran into several issues as I’ve been working on the other three projects.

State of the “Other” Projects

I’ll admit some of this may be, and probably is, in my head. But here is what I’m currently thinking about my other projects.

The Other Thing About LburgHomes

Here is another interesting thing.

About Tuesday of this week I realized that it might not be a good time to launch LburgHomes. Apparently just before Christmas and the New Year is an extremely busy time for Real Estate agents. They are trying to get things set for the New Year and are planning to visit their families.

So after putting all this together I’ll probably wait to launch Lburghomes till the first of the New Year. This will allow me to rebuild the site and do a few other things “behind the scenes.”

I’m also realizing I need to do more research and work on my “plan of attack” going forward. Marketing. Brochures. Portfolio. Examples. An extra week or so is actually pretty handy for me.

So What About Core Presets?

In a lot of things that we do there is a “minimal viable product” or something along those lines. It is the base line of what you need before you can start to market or launch something.

As I was thinking about this idea I realized that CorePresets is a site that I really wanted to build and run. Interestingly it is also one of the simplest sites that I’ve ever built. The content can pretty much stay like it is for a while (it is essentially a glorified coming soon landing page). At some point down the road I want to add a number of things (products, a blog, etc) but for now it can sit there. People can use it as it is. In a lot of ways what is there is what I’ve decided is my “minimal viable product.”

I also needed a bit of a test area for a new WordPress theme. So I decided to build Core Presets using that theme. The idea was that if I could make the theme work well, I probably can apply that to lburghomes as well as a few other sites in the future (including a client site or two).

So to wrap this section about CorePresets up, it came down to basically two things. The minimum viable product was pretty reachable. The worst case scenario, no one would sign up. The end result didn’t involve much more than a few days of creation. And I needed to test the new WordPress theme.

And that my friends is where I am. I’m an entrepreneur that probably has his hands (and heart) involved in too many things at once. But deciding which one to cut out is pretty difficult. So instead I’ll try to be smart about how I approach each one.

But I also am thinking about the worst case scenario in all of these separate ventures. I may explore some of those things in blog posts in the future.

Also I thought I’d invite you to come back by the blog early next week. I want to wish you a very merry Christmas.

Around the new year I’ve got several posts where I’ll be sharing a bit about the past year. The good. The Bad. The Ugly.

It is extremely interesting to look back after writing something a year earlier and see how well I did in all of those things.

What are you hoping to do over Christmas? Personal projects or just chilling with friends and family?