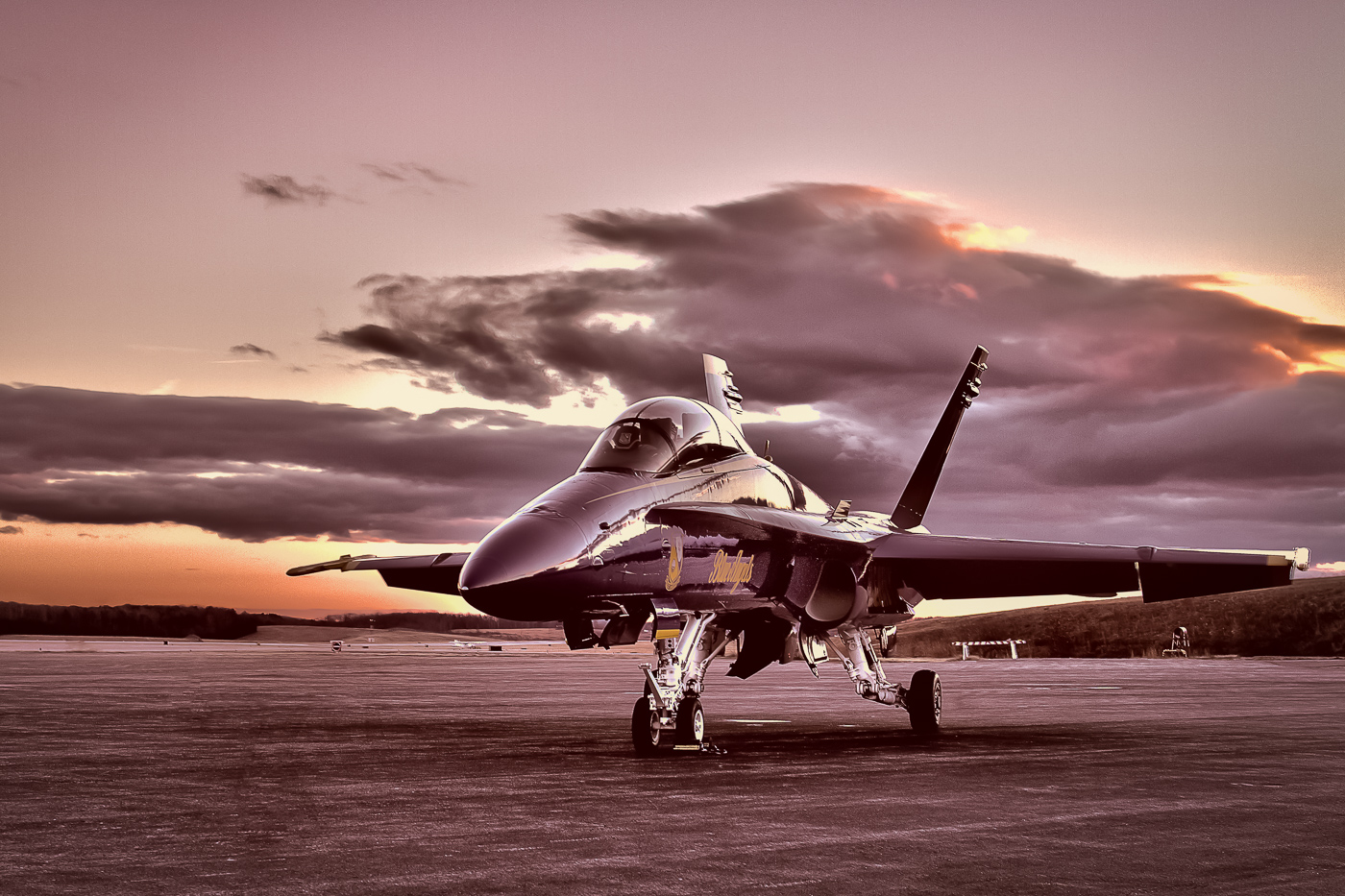 I wasn’t entirely sure how exactly to title this blog post. I want to cover a concept, something that I’ve struggled with for years, but I also wanted to relay a story about a time that I was able to do something not a lot of people were able to.

So… that’s how I came up with a super long title.

In early 2011 the entire community around Lynchburg (or most of us at least) found out that there was to be an airshow at the Lynchburg Airport in May. In early January there was some speculation that the Blue Angels were potentially being asked to participate.

One evening (January 19th) as I was coming home from some college classes I got a call from my brother who told me that he had heard that the Blue Angels #7 had arrived in Lynchburg to check things out. So, I headed over to the airport where I encountered a mob of people looking over the fence at the incredible sight of a very blue F/A-18 with a big #7 painted on the tail.

I’ve always been fascinated by jets and aircraft so being this close to a real life piece of the Blue Angels posse was kind of a neat experience.

The Photographer Gets Itchy

For a number of years I’d been really into photography. So I had my camera along and waited around for a while to get some pictures.

At some point an airport employee was kind enough to let a bunch of us actually go through a gate and walk around the jet. It was incredible, but there were so many people I couldn’t get a clean shot.

As we were being ushered off of the tarmac I happened to walk past the airport employee who had invited us out in the first place. I bit my tongue for a moment but then realized this would probably be the only chance I got… I walked over and introduced myself and asked whether there would be any chance I could get inside the gate early the next morning to take some photographs.

His reply surprised me. I was sure he would say, “sorry, I don’t think we can do that.”

Instead what I heard was, “Be here at 7, give me a call and I’ll let you have a few minutes on the tarmac.”

So… What About Ensuring a No?

I’m a naturally timid person. When I think about asking for something my first thought is always something along these lines, “I’m sure they’ll say no.”

This self doubt, and doubt of the other person/entities good will has often led to me walking away from asking an important question or failing to hit the send button on an email.

Each of those times that I’ve walked away or discarded the email I’ve ensured one thing. I’ve ensured that I won’t receive a “yes” from that person. By proxy that means that I am receiving a “defacto” no.

So, if you want to ensure you’ll receive a no… don’t ask.

If however you are interested in getting a “yes,” most of the time you’ll need to go ahead and ask.